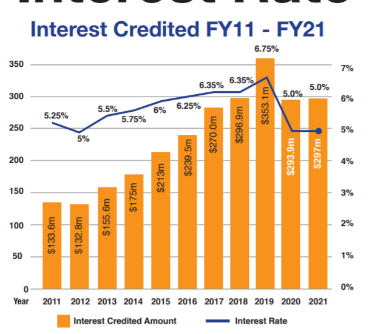 The end of the FNPF financial year is a time member’s look forward to in anticipation, as it is when the FNPF announces the credit interest rate for the year.

Since 1968, when the Fund declared its first interest of 3% to its members, FNPF has now paid out a total of $4.5 billion to its members – $2.4 billion was paid out in the past 10 years alone, a testament to the FNPF reforms.

On 30 June, FNPF Acting CEO, Viliame Vodonaivalu announced that the FNPF Board had declared a credit interest rate of 5% for the financial year ending 30 June 2021. Within 24 hours, 389,986 members FNPF accounts increased by a total of $297 million.

To read the full article, click on the link below: